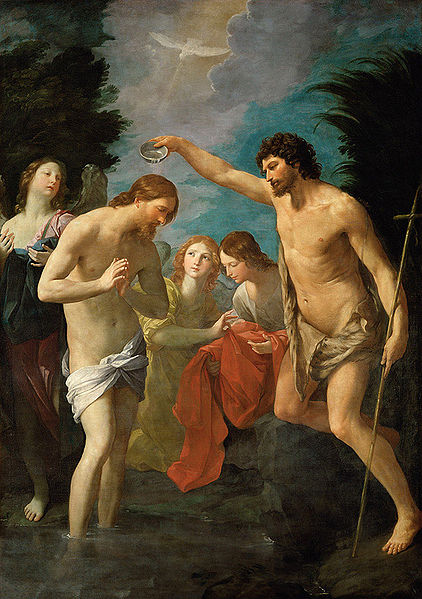 One obvious dilemma created by the person of John the Baptist is that a person of higher religious standing baptizes a person, who is junior to him.  So, if John the Baptist baptized Jesus, in spiritual realm he had a status higher than Jesus?  If this be true it takes away from the theory of Jesus being literal son of God!  It is strange that according to St. Paul a new religion is being launched in Jesus dying for the sins of humanity, yet both Jesus and John the Baptist are living the lives of Jewish prophets and both are circumcised.  According to Encyclopedia Britannica, “All four Gospels recognize in John the start of the Christian Era, and each in its own way tries to reconcile John’s precedence in time and Jesus’ acceptance of his message and of a baptism of repentance from his hands (elements suggesting subordination to John), with the author’s belief in Jesus as Messiah and son of God.” [1]  The myth making of Gospel of Luke knows no bounds, even in his mother’s womb John recognizes Jesus—also still in his mother’s womb—as his Lord.  If one is ready to believe this he or she has fallen into a trap where faith trumps reason, no matter what!  John the Baptist is baptizing Jesus and not declaring his faith in son of God, who has come to die for sins of humanity, including those of John the Baptist’s, if any, and his followers.  He continues with his ministry rather than yielding to the alleged son of God!

Paul Johnson writes in his book, the History of Christianity: